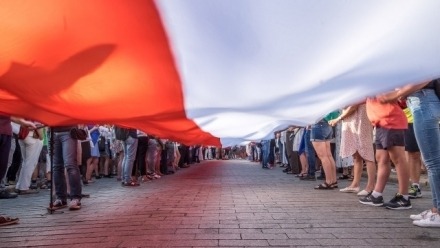 The European Studies Association Australia and New Zealand (ESAANZ), the European Union Centre of Excellence at RMIT University, and the Australian Institute of Polish Affairs (AIPA) invite you to this online presentation and discussion on the recent Polish president election.

The guest speakers will discuss the election results and the implications for Polish society as well as the important EU-Poland relationship.

Jan Pakulski (PhD ANU) is a Professor Emeritus at the University of Tasmania and Fellow of the Academy of the Social Sciences in Australia, Affiliate at the Stanford Center for Poverty and Inequality and staff member in Collegium Civitas (Warsaw). He is author-editor of 12 books and over 120 scholarly articles on political elites, democratisation, multiculturalism, post-communism, social movements and social inequality. Some of his recent books include Violence and the State (co-edited and co-written with Matt Killingsworth and Matthew Sussex, MUP 2015) and Visegrad Countries in Crisis (edited, Res Publica 2017). He is also the Director of the Polcul Foundation and Vice-President of Australian Institute of Polish Affairs (AIPA).

Robert Mezyk is an international lawyer and philosopher lecturing at Australian Catholic University and the University of Technology Sydney. Robert holds a PhD title from Humboldt University in Berlin (law), Master of Laws and a Master of Philosophy from Jagiellonian University in Cracow, as well as a Magister Legum (LL.M) from Johannes Gutenberg Universität Mainz. His research interests cover international law and economic governance, European Law, human rights and the rule of law.