» » Art and Europe Series with the NGA

Art and Europe Series with the NGA 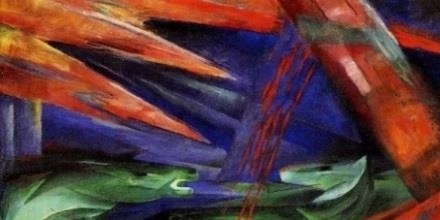 The ANU Centre for European Studies is delighted to co-host a series of floor talks in partnership with the National Gallery of Australia (NGA).

The three-year partnership is focused on European connections and influences in the NGA’s art collection and touring exhibitions. It showcases the contributions of Europe to the cultural and social life of Australia and features expert talks.

In Conversation: Angelica Mesiti, Making Work in Contemporary Europe. Senior Curator Jaklyn Babington in conversation with Australian born, Paris-based video artist Angelica Mesiti for a discussion about her creative practice and work on view at the National Gallery of Australia.

Life, Death & Transcendence Verdun & the World War 1 Sketchbook of Franz Marc A Conversation & Concert. Music from the Great War by German and French composers, including works written in the trenches at Verdun, accompanied by projected images of the WW1 studies of Franz Marc, Germany’s greatest cultural loss of the Great War, killed on 4th March 1916 at the Battle of Verdun. More information

Modelling the figure: five decades of French sculpture. Lucina Ward, Curator, International Painting and Sculpture, explored representations of the figure by Rodin, Bourdelle, Lachaise and Maillol from the 1880s to 1940s. More information

Provenance research+resources: Partnerships, Exchange and Access. This was the first event in the Art and Europe Series. Jane Milosch, Director, Smithsonian Provenance Research Initiative, revealed how collaboration on WWII-era provenance research and resources, such as a new online finding aid, has fostered partnerships and exchange, increased access to collection and has led to new findings. More information