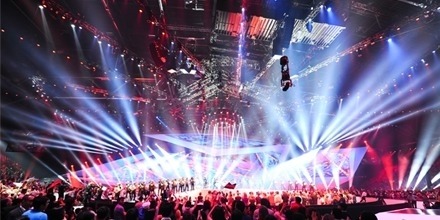 The ANU Centre for European Studies is pleased to host Big Ideas from Europe, a series of conversations in partnership with the Australian Broadcasting Corporation Radio National’s Big Ideas Program. Big Ideas from Europe is a three-year program focusing on the major social, cultural, scientific and political issues from contemporary Europe. The series features panel discussions, interviews and public lectures by eminent scholars and public figures.

Big Ideas from Europe is broadcast on ABC Radio National and also available to download as audio recordings from the Big Ideas website, along with additional reading material.

European Security: A Finnish View. Mr Pasi Patokallio from the Finnish Ministry of Foreign Affairs, gave this lecture that was co-hosted with the ANU Centre for European Studies and the ANU College of Asia & the Pacific. Finland has a long history of cooperation and conflict with its neighbour Russia. At a time when tension between Russia and the West are near Cold War levels and the EU is under geopolitical and institutional strain, Mr Patokallio assessed security in Europe. This lecture was broadcast on ABC Radio National's Big Ideas program on Thursday 31 October 2017. Download audio

Nordic Noir. This panel discussion brought together a group of excellent minds for an intruiging Q&A on Scandinavian crime fiction, following the screening of the film 'A Conspiracy of Faith' at the Palace Verona cinema in Sydney. The panel discussion was part of the Volvo Scandinavian Film Festival and was broadcast on ABC Radio National's Big Ideas program on Thursday 3 August 2017. Download audio

European innovation and Europe’s place in the world. Big Ideas takes you inside the world’s greatest experiment - CERN’s Large Hadron Collider. Thousands of scientists from around the globe are at work here to uncover the fundamental building blocks of our universe. Also – a young perspective on European identity, the role of Europe in the world and our connection to the region. Download audio

A young perspective on Europe. Four ANU students of European Studies take a young look at European identity, Europe's role in the world and Australia's connection to the region. Download audio

Brexit or Bremain? The implications of the UK's EU referendum, which represents the most immediate and greatest challenge to the post-Cold War order in Europe. With Dr Annmarie Elijah, Dr Ben Wellings and Dr Remy Davison. Chair: Professor Marko Pavlyshyn. Download audio

Artistic responses to migration and the refugee crisis. Paul Barclay speaks to four artists who each, in their own way, is engaging with the issue of forced migration. Download audio