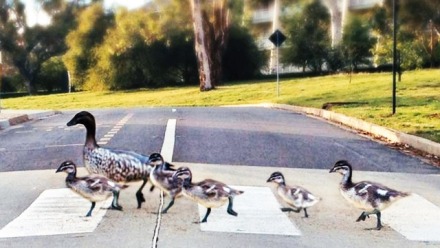 Lead researcher Professor Ian McAllister said the Election Study was a wake-up call to Australia's political leadership as it found Australia was not immune from the problems facing democracy in Europe and the United States.

"Public satisfaction with our democratic processes and public trust in the politicians we elect are at some of the lowest levels ever recorded," Professor McAllister, from the ANU School of Politics and International Relations, said.

"What we are seeing in Australia are the beginnings of a popular disaffection with the political class that has emerged so dramatically in Britain, United States and Italy."

ANU has conducted the Australian Election Study following each election since 1987, but with public opinion on some issues tracked back to 1969. The latest survey is based on interviews with 2,818 people in the three months following the July 2 election.

Key findings from the 2016 study were:

On leadership, the Australian Election Study found Opposition Leader Bill Shorten had more negative evaluations than any major party leader since the leadership questions were first asked in 1993.

The survey also found Australians are growing less likely to align with one of the major political parties.

"Partisanship has declined gradually over time to a record low for both the Labor and Liberal parties, at 30 and 33 per cent respectively, while numbers who align with no party at all, or who align with the Greens, have been steadily rising over time," said ANU researcher Sarah Cameron.

"The 2016 election continued the trend of elections being won despite low levels of leader popularity. Kevin Rudd's 2007 election was the last time a newly elected Prime Minister enjoyed a high level of popularity amongst Australians.

"The 2010, 2013, and 2016 elections each saw newly elected Prime Ministers fail to reach above the half way point on a ten-point scale of how much voters liked the leader."

It also found strong support for Indigenous recognition in the Constitution (79 per cent) and support for same sex marriage (70 per cent).

The Election Survey also found strong support for medically-assisted euthanasia (77 per cent), and for women to have the right to obtain an abortion (69 per cent), while 43 per cent believed smoking marijuana should not be a criminal offence.

"Australians' support for Constitutional recognition of Indigenous Australians and for marriage equality suggests that any public votes on these issues will succeed," said Dr Jill Sheppard from the ANU Centre for Social Research and Methods.

"This should provide some relief to the Government amid the torrent of bad news in these results."

"As the Victorian Government moves to legalise assisted suicide for terminally ill patients, the very high levels of support for the decriminalisation of euthanasia in this survey shows there is mood for change across the country."

For more data or to download the report, visit www.australianelectionstudy.org.