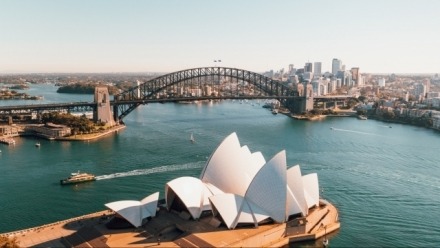 As public debate focuses on Australia Day once again, it might feel like we are the only country reckoning with its colonial past, or at least the only one to do so in such a visceral and – for many First Nations people – damaging way.  Looking at the most similar cases across the world, however, shows that Australians, New Zealanders, and Canadians are similarly divided about their history, their national identity, and their countries’ futures. Across all three countries, young people remain activists’ best hope for achieving change.

New Zealand commemorates Waitangi Day on 6 February each year, reflecting the date on which British settlers and Māori inhabitants signed the 1840 Treaty of Waitangi which handed sovereignty from the traditional owners to the British Crown. Notionally co-written with First Nations representatives, the text of the Treaty provides citizenship rights (but not rights to participate in government) to Māori people and limited custodianship of prescribed Māori land. Since the 1970s, Waitangi Day has led to increasing public activism protesting both historical and contemporary injustices against the Māori population.

In Canada, different days commemorate Canadian federation (1 July) and Indigenous people generally (21 June). In recent years, the separation between days has been less clear; Canada Day protests have invoked histories of colonial violence and ongoing racial discrimination. While Covid restrictions provided cover for the cancellation of Canada Day events across the country in 2021, ongoing discoveries of more than 1200 unmarked graves of Indigenous boarding school students (where they had been sent to assimilate to settler life) had placed unprecedented pressure on governments not to celebrate the country’s past. Indigenous rights activists took the opportunity to conduct peaceful protests calling to have the day removed from the Canadian calendar.

Despite the macabre histories behind each of these national days – and increasing awareness among settler populations of the potential harm of celebrating nationhood without reflecting on who suffered so that we could thrive – public support remains high. In 2021, Essential and Ipsos polling showed only 18 per cent of Australians support replacing Australia Day with a new day, and 28 per cent support changing the date of Australia Day.

Waitangi Day is similarly popular: government-commissioned research from 2019 reveals that 73 per cent of New Zealanders believe it ‘should be a day for participation and celebration of our nationhood’, while also believing that celebrations should include reflection and commemoration. Māori respondents were more likely than settlers to have participated in Waitangi Day events, and to believe that it represents New Zealand’s national day. Only 14 per cent of Canadians supported cancelling Canada Day in 2021, despite daily reminders of the human cost of settlement and assimilation.

There is one beacon of hope for activists looking to change the national holidays in all three countries: in each survey discuss above, young people are the least supportive and the least likely to participate in celebrations. ANU-based data also show that this trend goes beyond just opinions on the national day: the 2018 World Values Survey shows that 39 per cent of Australians aged between 18 and 29 are ‘very proud’ of their national identity generally, compared with 70 per cent of those aged 70 and older.

How proud are you to be Australian? (World Values Survey 2018)

Time will tell if these trends continue, or whether Australians – and Canadians and New Zealanders – will become reconciled with their countries’ colonial histories as they age. The anger of youth can be difficult to sustain, as mid-life mundanities take hold. The challenge – or threat – facing activists now is how to turn enthusiasm among the young to a mainstream movement that can sit alongside our deep-seated national pride.