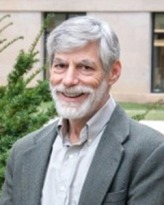 Eric Plutzer is Professor of Political Science and Sociology at Penn State.  He earned is Ph.D. in sociology from Washington University in St. Louis working with John Zipp, and completed a post-doc at Indiana University working with George Bohrnstedt, David Heise, Peggy Thoits and Sheldon Stryker.

He is currently the co-editor in chief of Public Opinion Quarterly, and has previously served as associate editor for POQ and Gender & Politics; he also sits on the editorial boards of Social Science Quarterly, and the Bulletin of Science, Technology and Society.