Almost universal among existing approaches to text mining is the adoption of the bag of words approach, counting each word as a feature without regard to grammar or order. This approach remains extremely useful despite being an obviously inaccurate model of how observed words are generated in natural language.  Many substantively meaningful textual features, however, occur not as unigram words but rather as multi-word expressions (MWEs): pairs of words or phrases that together form a single conceptual entity whose meaning is distinct from its individual elements.  Here we present a new model for detecting meaningful multi-word expressions, based on the novel application of a statistical method for detecting variable-length term collocations.  Combined with frequency and part-of-speech filtering, we show how to detect meaningful MWEs with an application to public policy, political economy, and law.  We extract and validate a dictionary of meaningful collocations from three large corpora totalling over 1 billion words, drawn from political manifestos, legislative floor debates, and US federal and Supreme court briefs.  Applying the collocations to replicate published studies using unigrams only applied to each field, we demonstrate that using collocations can improve accuracy and validity over the standard unigram bag of words model.

Professor Kenneth Benoit is a world-leading scholar in the areas of quantitative text analysis methodology, party competition, legislative politics, and electoral systems. He has held positions at Trinity College Dublin and is also currently Professor of Quantitative Social Research Methods at the London School of Economics and Political Science.

Ken’s research focuses on automated, quantitative methods of processing large amounts of textual and other forms of big data – mainly political texts and social media – and the methodology of text mining. He is the creator and co-author of several popular R packages for text analysis, including quanteda, spacyr, and readtext. He has published extensively on applications of measurement and the analysis of text as data in political science, including machine learning methods and text coding through crowd-sourcing, an approach that combines statistical scaling with the qualitative power of thousands of human coders working in tandem on small coding tasks.

He received his PhD in Government with a specialisation in statistical methodology from Harvard University. 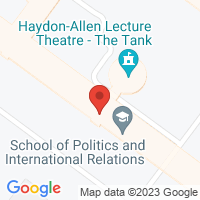