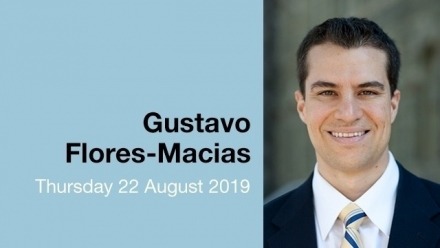 Law enforcement has become increasingly militarized across the world. Although a growing body of research suggests that militarization is ineffective at best and counterproductive at worst, this policy has nonetheless enjoyed widespread public support. However, the reasons behind this popularity remain poorly understood. This study advances our understanding of the militarization of law enforcement by answering the following questions about the sources of support: Are militarized law enforcement personnel perceived to be more effective? What is the relationship between militarization and perceptions of respect for civil liberties, proclivity to corruption, and tolerance of militarization in one’s neighborhood? Which aspects of militarization (e.g., uniform, weapon, gender, skin color) contribute to these perceptions? Based on an image-based, conjoint experiment conducted in Mexico, we find that both military weapon and uniform enhance perceptions of effectiveness and respect of civil liberties. We also find that gender shapes perceptions of civil liberties and corruption, but we find no effect for skin color.

Gustavo Flores-Macías is an Associate Professor of Government at Cornell University. His research and teaching interests include a variety of topics related to political and economic development. Currently, his research focuses on two main areas: 1) the politics of economic reform, and 2) state capacity. He is the author of After Neoliberalism? The Left and Economic Reforms in Latin America (Oxford University Press 2012), which studies the drivers behind the economic policies of left-of-center governments in Latin America and was the recipient of the Latin American Studies Association Tomassini Award in 2014. He is also the editor of the volume, The Political Economy of Taxation in Latin America (Cambridge University Press 2019), which studies the political obstacles to taxation in the region. He received my PhD in political science from Georgetown University and a masters in public policy from Duke University, where he was a Fulbright scholar. Before joining the Government Department, he served as Director of Public Affairs in Mexico’s Consumer Protection Agency.